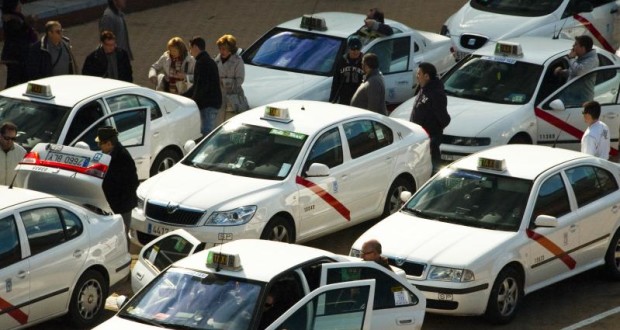 A Guide to Taxi Drivers in Madrid

Taxi drivers in every city around the world have a reputation for being fearless drivers, yes they are top for knowing their way around every corner of the city, but beyond that, there are some city-specific taxi driver stereotypes.  In America, In New York and Washington, D.C., any cab stand is as culturally diverse as the United Nations.  In Paris, the cabbies have a reputation for being unfriendly.  In London, the cab drivers are notoriously silent and wouldn’t talk to you unless you need to, while in New Orleans, they are chatterboxes.  What should you expect when you take a cab in Madrid?

You will probably not be very surprised to find out that the vast majority of cab drivers in Madrid  are men, since the taxi business is a male dominated profession in many countries, so much so that it is newsworthy if any city has a noticeably large number of women cabbies.  What is more surprising is that so many of the cab drivers in Madrid are Spanish.  This is a big surprise for Americans, because in the United States, taxi driving is a popular profession for immigrants, especially in big, culturally diverse cities, and Madrid definitely qualifies as one of those.  In Madrid, taxi licenses are often passed down in families from one generation to the next; you might meet a cabbie whose father and grandfather were in the same business.  You might also expect that drivers who work the airport transfer circuit, and therefore have contact with people from many different countries, would have a good command of languages other than Spanish, but this is not always the case.  In Madrid, you cannot assume that your driver will be proficient in English.  If you are not traveling with someone who speaks Spanish, it is a good idea to write down the address of your destination for your driver.

While Madrid’s cabbies range from taciturn to talkative and from Spanish monolingual to relevantly fluent in English or another foreign language, you will never find a rude or unpleasant driver.  While the cars are not luxurious, you will never find a poorly maintained taxi.  Taking a taxi in Madrid is a pleasant and stress-free experience.Taxis are very overpriced in some cities, but not Madrid.  The rates are very reasonable, and it is not common practice to leave a tip for a cab driver. You can incur in a different scenario when taking a taxi from Barajas airport where you may expect long queues and end up paying for a higher fee than imagined.

TaxiLeader.net in this regard is a reputable Madrid airport taxi agency which will provide an English-speaking driver waiting for you at the exit whom will take you to your destination without making you pay a fee higher than agreed even when your flight is delayed.

2015-11-04
Mary Abe
Previous: Use Your Vacation to Make Money
Next: The Best Areas For Expats To Live In Bangkok