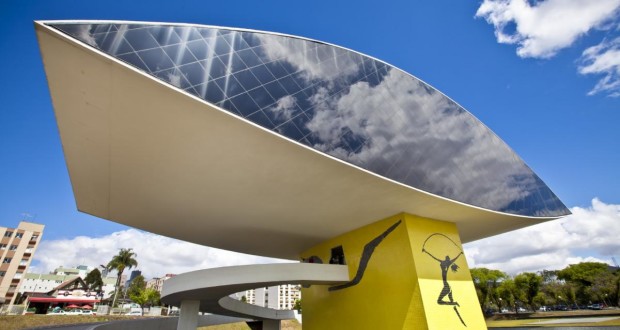 As time moves on, so do cultures and people.  Pieces of traditional culture stay strong and other pieces change with the people.  South America is known for having a rich culture of dance, food, religion, and family ties.  These are things that are embraced by each generation and continue to be celebrated.  There are some things, however, that each society chooses to change as means of believing it’s for the better or a matter of preference.  The architecture in Brazil has been changed significantly, from its traditional Portuguese ancestors into something that is keeping up with modern architecture throughout the world.

“Along with the popular colonial style, traditional styles bring in elements of medieval and gothic architecture,” said home remodeling expert and business owner, Denise Raeker. This style features dramatically tall windows, high arches and columns.  This type of architecture will impress you due to its fine details.  On both the large and small scale, every element of the home was well crafted both inside and out during its creation. 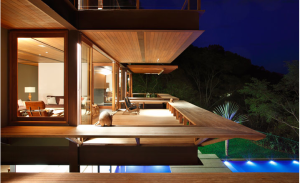 Modern Brazilian architecture takes a different spin, stepping away a highly detailed aspect into simplicity.  The most popular Brazilian home style today is one that speaks to the minimalist movement.  With the sleek lines of the new homes that are being built, it is easy to see a dramatic difference between the traditional and the contemporary.

“This minimalist wave that is sweeping over the housing market is focusing on ridding itself of frills and accents,” said Marc Holt, a home improvement specialist and spokesperson for a roofing organization.  “Keeping it simple and clean-cut is the way of the future.  It is more a philosophy about functionality rather than fancy.  This modern look displays itself in simple shapes of homes, generally squares or rectangles.  There are not curves and arches as there were in the past.”

Along the coastline of Brazil, you will see homes that feature this design style of modern and minimalist combined with wall-sized windows that overlook the ocean.  It is all about creating a simple space and being a part of nature as much as possible.  With the large windows, not only do you get a great view of the ocean, but plenty of natural sunlight in your living space.

No matter what your opinion is on the changing of the architecture in Brazil, there is something to be appreciated about each style.  The beauty of the intriguing details is something to be praised, and it took a great amount of skill for an artist to create such a design.  Yet, in the minimalistic and modern approach, the clean and sleek style is comfortable and is slightly less distracting.  Either way, Brazil still reflects both the past and the present through their architecture, bringing a great mix to their housing market.