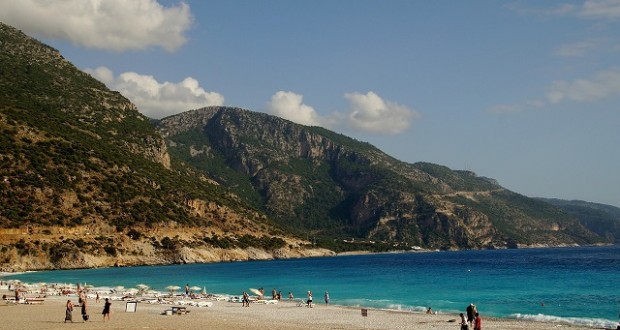 When planning a beach holiday in Turkey consider that the local sun-loving Turks return to their summerhouses in coastal towns near the beaches every possible day off during the summer and Muslim holidays.  The high season for beach holidays goes from June to August, with the highest temperatures, the most exorbitant prices and the most buzzing crowds.  In 2016, Monday July 4 to Sunday July 10 will be official days off at the end of Ramadan with many families taking additional vacation days to extend their beach holidays.  Sunday September 11 to Thursday September 15, 2016, will be Kurban Bayram, or The Festival of the Sacrifice, and many will hit the beach to take advantage of the long weekend.

Basically, from June to mid-September in 2016, it is highly recommended to book ahead for any beach holidays on the Aegean Sea around Izmir and Çeşme.  During the high season it is best to choose wise alternatives.  Near Çeşme, visit the Pırlanta (Diamond) Beach instead of the beaches at Babylon, Fly Inn and Sole Mare, which include wooden decks and boardwalks for lounging on beanbag chairs in the day and fine dining in the evening.  In lieu of clubbing at Bodrum, visit the beaches along the Datça Peninsula.  Accessible by a daily ferry from Bodrum in season, Datça keeps a more isolated, laid-back vibe with its authentic seaside village and three superb beaches: Kumluk (Sandy) Beach, Hastanealtı (Below the Hospital) Beach and Taşlık (Stony) Beach.  Nearby there is a pool with steam water from the hot springs.  Rather than going to hectic Marmaris, scooter to the Bozburun Peninsula for the tranquil bays of Selimiye, Orhaniye and Hisarönü, which carry the possibility of relative solitude.  Just around the yacht harbor at Selimiye are bright blue waters for swimming, just watch out for the rocks and sea urchins.

The shoulder season with fewer crowds and warm spring and fall temperatures on the southwest coast include May and the end of September.  The low season with possible discounts for accommodation for beach holidays is October to April.  In September combine a beach holiday with wine tasting from the Anatolian vineyards of Bozcaada, one of Turkey’s islands in the Aegean Sea.  Swimming, windsurfing, scuba diving, snorkeling, trekking, scooter riding and cycling are great ways to explore the island.  Local businesses, including cafes and camping grounds, are open from May to October.  Ayazma Beach, Sulubahce Beach and Habbele Beach have clear, turquoise water, which is the warmest in September and October.  Taste wine during the Bozcaada vintage festivals on the weekends in early September.

Ideally, travelers who prefer fewer crowds and cooler air and water temperatures may visit any of Turkey’s beaches in April, May, early June, late September and October, accepting the chance of overcast, rainy skies and cooler air and water temperatures in the Aegean and Mediterranean Seas.  Alaçatı Surf Paradise near Çeşme has strong, consistent winds perfect for kitesurfing and windsurfing along the sandy beach, with its main windsurfing season running from mid-May to the beginning of November.  Of course, surfers may go to places like Lara Beach in Antalya in the winter to get the best waves, air and water conditions for surfing.

2015-08-30
Adler Moris
Previous: Five Must See Places When Visiting Jamaica
Next: Things to do at Weston-Super-Mare 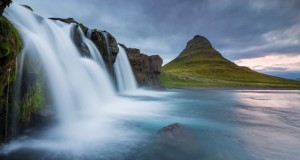