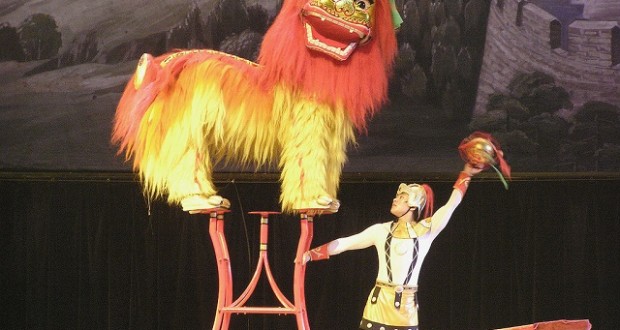 Chinese variety art is famous throughout the world. And the capital city of Beijing, boasts with some of the most highly reviewed show venues amongst travellers in China. Going to see an acrobatic show is a great idea to experience an exiting cultural adventure. Now livingthere.org has had the pleasure to have a first hand experience in the ancient world of acrobatics at the city where it all started during the Western Han Dynasty in 206 B.C.

There are many equally amazing acrobatic shows, all with high-flying stunts, and bizarre but beautiful flexibility tricks. The highly reviewed Chaoyang Theatre, hosts the “Beijing Flying Acrobatics Show”, a performance that is known for a colourful and dynamic show atmosphere. In short, this group of talented Chinese acrobats are guaranteed to impress anyone interested in mind-boggling feats.

If you are travelling to Beijing and interested in getting a closer look at local performing arts, then don’t miss out on this incredible spectacle. Their performance attracts international visitors from around the world, and is a great highlight of modernity mixed with tradition. The show takes daring stunts and blends it with ancient acrobatic tricks to create the most popular acrobatics show in all of Beijing.

Located in the bustling Chaoyang District in Beijing, the Chaoyang Theatre is home to nightly performances of this popular acrobatics show. Chaoyang means “facing the sun”, and this district of the city and the theatre within embodies the idea of coming to each new day to grow and change with the world. Built in 1984, the building covers an enormous space of 3,000 sq. m, and most of that taken up by the main hall where the show is performed. It is a brightly lit, flashy building that beckons you in, giving you a taste of what‘s to come when you are inside the theatre.

The amazing feats are performed by the Beijing Acrobatic Troupe, a group of highly-talented acrobats and performers. The training for this show takes patience, dedication, and a lifetime of practice that translates to a precise, expert performance that stuns viewers every day.

If you are visiting Beijing, the Flying Acrobatic Show is the perfect way to spend an evening enjoying arts and culture in the city. There are currently three daily shows, and tickets are quite affordable for travellers if you book online, though they are also available through package tours and at hotels. It is a great activity for visitors to Beijing of all ages; the kids will love the dangerous stunts and flashy effects, and everyone will be impressed by the skill and perfection of the performers. We won’t give away all their feats, but trust us when we say that what you will see at the Beijing Flying Acrobatics Show will be a highlight of your journey within the city.

The show is a tribute to the wonder and dedication of the world of Chinese acrobatics. It is an exhibition of skill, perseverance, and flair that creates a truly eye-catching performance you is almost impossible to forget!

For visitors interested in a smaller, more intimate performance which does not lack in the variety of amazing feats and entertainment, check out the Tiandi Theatre, also known as “Heaven & Earth Theatre”. Running since 1991, this second most popular acrobatic show in Beijing is performed by the classic China National Acrobatic Troupe.

2015-08-03
Adler Moris
Previous: Where the Locals Eat in Paris
Next: Destination Iceland – The Most Misunderstood Location 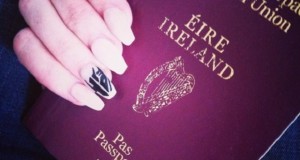