New York City is blessed with many attractions courtesy of outstanding human inventions and engineering. City has become a top destination for tourists over the years. Following are six amazing destinations that one has to visit in this wonderful city.

Statue of Liberty and Battery Park

Built in 1886, this stunning monument was France’s gift to America. Standing at about 152 feet tall and weighing 450,000 pounds, it is the world’s largest statute. From the statute one gets spectacular views of New York harbor and lower Manhattan. Statute is located on Liberty Island and it’s accessible by a short boat ride.

Covering 843 acres of land, Central Park offers a host of things to visitors. Park is perfect getaway from stress of the New York metropolis. Some of things you can do here include riding a carousel which has been part of the park since 1871. As well, you can ride a boat on park’s lake, picnic with friends in its beautiful gardens, relax as you watch birds fly around or even catch a concert.

Once the world’s longest suspension bridge, this is a must see engineering masterpiece. Bridge has featured in many movies. To fully experience its beauty, a stroll across the pedestrian walkway is recommended.

Another New York most famous landmark, Empire State Building at 381 meters tall with 102 stories was once the world’s tallest building a crown it held until construction of the World Trade Center 41 years later. Building has two observatories one at 86th floor and another at the 102 one. If you are lucky and visit when the sky is clear, you can see as far as 80 miles. You can see as far as New Jersey, Pennsylvania, Massachusetts, and Connecticut not forgetting awesome views of New York City.

Lincoln Center for the Performing Art

Thousands of performances are presented here every year. This is New York’s center for performing arts. Attending a concert at the center is best way to spend your afternoon or unwind after a tiresome day at work. Place hosts a blend of classics and modern arts. If you are new here, ask for a guided tour so as to fully understand history behind the center.

Center houses different organizations such as New York City Ballet, Metropolitan Opera and center for the Performing Arts itself. Don’t worry about overcrowding as place is very spacious; it occupies 16.3 acres of land, hence, there is ample space for everyone.

This is largest urban wildlife preserve in the country. Occupying a whopping 265 acres, zoo is home to over 5000 animals from over 600 species. A tour to this center is a must if you would like to catch a glimpse of zebras, giraffes and lions. Zoo has animals from almost all corners of the world but mostly from African jungle.

These are but a few destinations of an otherwise awesome city. New York City is a must visit for any tourist, so list it in your must do things in life.

If you thought you liked traveling before wait until you see Mark’s blog – TheBlueBirds.net – Mark gives away tons of extremely useful traveling tips to visit around the world.

Jhon Arthur is a passionate content writer and blogger,and share you lots of valued information, and tips about trips and Wolrd Travellers 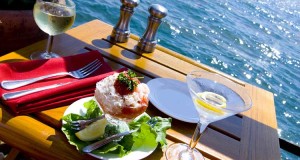 How To Avail Yourself Of The Best Food While Travelling Abroad 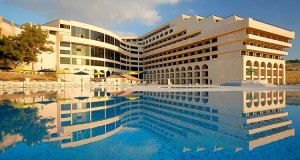 Four Most Fascinating Airport Hotels in the World 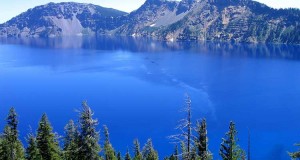